The saddest event of her childhood was her father’s early death. This loss overshadowed  the whole period of her development. Giuseppina soon showed she was bright, judicious, but poor health conditioned her entire life. Once she had completed elementary school, she learned to sew, but she continued to study and learned to play the violin, the harpsichord, and foreign languages. Strongly attracted to spiritual values in adolescence, she began to teach the Catechism to the children in her parish. Meanwhile one brother entered the priesthood and two of her sisters became nuns. Their example impressed her deeply and gave rise to the vocation to the religious life in her receptive soul.

After a period of delay, postponing her soul’s desire, on account of her filial affection for her mother, at the age of 24 she was admitted as a novice to the Institute of the Immaculate Conception of Buenos Aires. This Institute had been opened recently in Milan. She chose the name of Sister Pierina. Sister Pierina qualified as a teacher, she learned Latin and graduated in languages and music. She made her first profession on 23 May 1915. In 1919 she was sent to the Mother House of the Congregation in Argentina. In 1921 after making her solemn vows she returned to Italy.

In her native city she was made the Novice Mistress and Mother Superior. Then in 1939 she was put in charge of the new Foundation of the Order in Rome, where she was elected Mother Superior, a position she held until her death in 1940. She also received the mandate of Regional Superior for the whole of Italy. 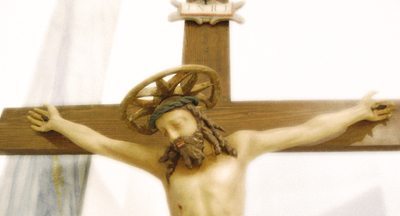 Sister Pierina’s spiritual progress, of which her writings bear witness, can be fully understood in the light of her particular devotion to the Holy Face of Jesus. As a teenager the Blessed had welcomed and spread this worship diligently. In fact Pierina’s special devotion to the Lord consoled her in her suffering and was a source of comfort. Besides being an invitation to offer reparation, to pray, to meditate, it was a continuous aspiration to holiness. In the human and divine Face of the Redeemer she perceived a boundless love for sinful humanity and, with a fervent  spirit of compassion she sought to share in His zeal for humanity’s salvation.

“IN THE LIGHT OF YOUR FACE”